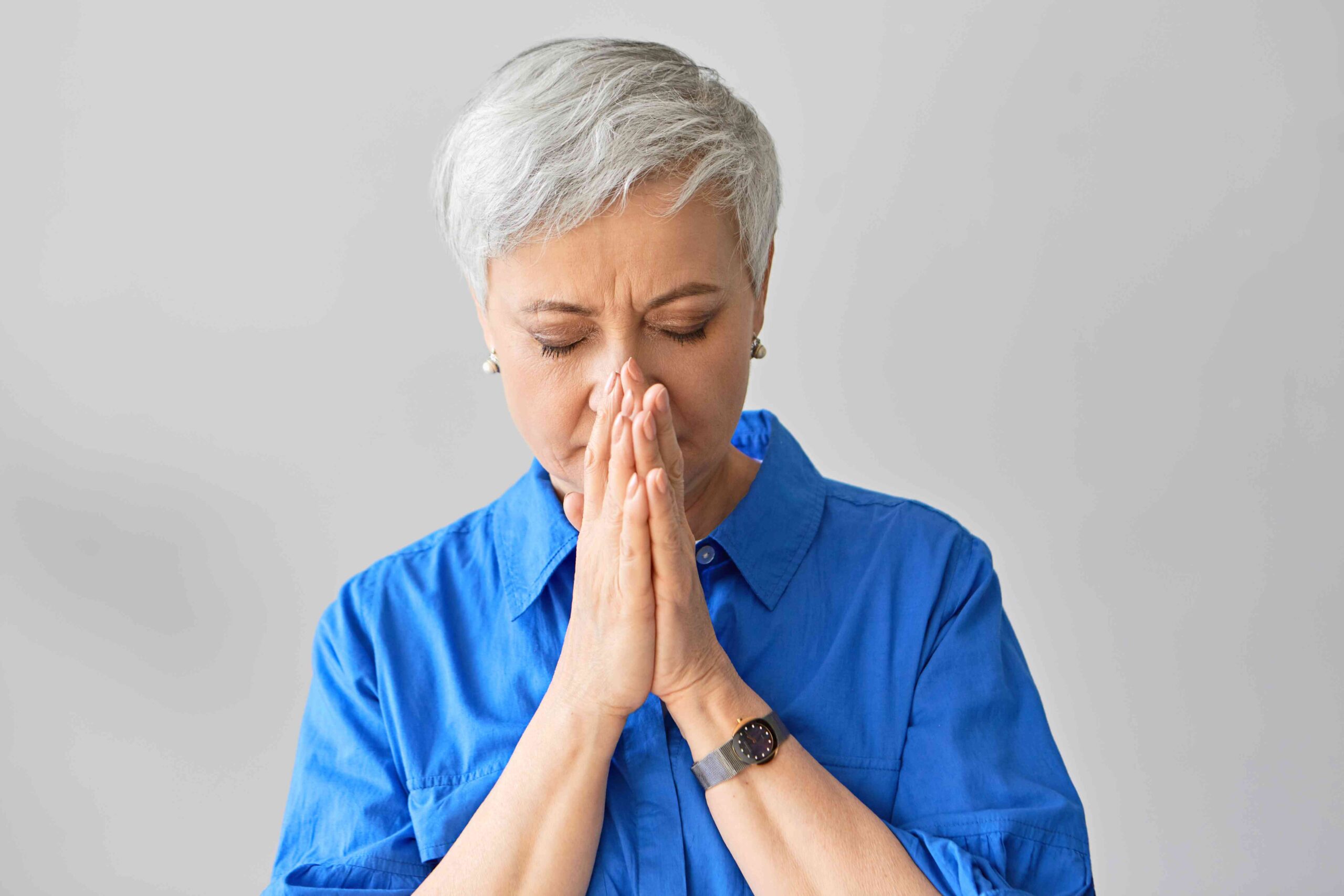 Menopause is usually diagnosed in women over the age of 45 years, who have not had a period for more than a year. Any bleeding or spotting from the vagina after this year is post-menopausal bleeding and needs to be checked by your healthcare provider.

Bleeding after menopause is usually a sign of a minor health problem but can sometimes be an early sign of a more serious disease.

If detected early any underlying condition small or big can be treated successfully.

Post-menopausal bleeding can range from light spotting that is pinkish-gray or brown, or it can be a heavy flow like in regular periods. Most of the time there is no pain associated with this bleeding.

Postmenopausal bleeding can have many underlying causes. Some of them include:

Polyps: Polyps are tissue growths inside the uterus, cervical canal, or cervix. In most cases, polyps are benign growths and not cancerous. They can cause spotting, heavy bleeding, or bleeding after sex.

Endometrial atrophy: Endometrium is the tissue that lines the uterus, endometrial atrophy refers to thinning of the uterine lining. Altered hormonal levels after menopause can cause it to get too thin, which can trigger bleeding on slight stimulation.

Cancer: Bleeding is the most common symptom of endometrial or uterine cancer after menopause. It can also be indicative of vaginal or cervical cancer.

Medications: Some medications like blood thinners can result in post-menopausal bleed.

Since multiple causes can be associated with post-menopausal bleeding, early identification is crucial to identify it and control the cause at the earliest.

How is post-menopausal bleeding diagnosed?

If you are experiencing post-menopausal bleeding then your gynaecologist will first take a detailed history about it from you during your visit. A physical examination is then performed, followed by some tests as required. One or more tests as stated below may be advised to you in addition to the above for confirmation of diagnosis:

Transvaginal ultrasound: In this, a small probe is inserted carefully and gently into the vaginal canal to check for any growths such as polyps inside the cervix and uterus, and to check for the thickness of the endometrial lining.

Endometrial biopsy: In this, a small sample of the tissue that lines the uterus is taken and sent to a lab for microscopic examination. Infections or cancerous changes in cells can be seen by such means.

Sonohysterography: In this imaging technique your doctor uses saltwater solution to create a clearer ultrasound image. The size of the polyp can be measured more accurately by this.

Hysteroscopy: This helps in the visualization of the inside of the uterine cavity.

Dilatation and curettage: At times your gynaecologist may choose to use this technique to take a sample of the uterine lining for laboratory examination. The cervix is first dilated followed by curettage which removes the uterine lining. The presence of polyps, cancers, or changes in the endometrial lining can be examined by such a technique.

Since there can be different causes of post-menopausal bleeding, treatment too will differ depending on the cause:

Estrogen therapy: Since many reasons for postmenopausal bleeding are linked to altered hormonal levels, your gynaecologist may start hormonal therapy for you. Estrogen is one such hormone and can be prescribed to be taken as pills, cream, vaginal tablets, or can be inserted into vaginal ring for a steady release of the hormone.

Progestin therapy: This is progesterone as made artificially. This is used to treat endometrial hyperplasia. Just like estrogen, it may be prescribed as a pill, a vaginal cream, or an intrauterine device.

Hysteroscopy: With the aid of hysteroscopy polyps or thick endometrial lining which can be the cause of postmenopausal bleeding are removed.

Hysterectomy: Hysterectomy is the removal of the uterus altogether. While this is routinely done for cancers, your doctor may suggest a hysterectomy for other widespread problems also. At times ovaries, fallopian tubes, and adjacent lymph nodes may also be removed the remove the cause completely.

Medications: If infections are a cause of postmenopausal bleeding, then medications may be prescribed to get rid of them.

Dr. Krishnaveni Nayini has vast experience of over two decades in treating postmenopausal bleeding. She is a senior obstetrician and gynaecologist practicing in Hyderabad, India.